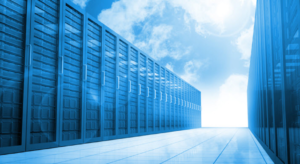 Colocation has become too advantageous a resource to be ignored as more and more companies all over the world are migrating to this flexible form of server hosting. However, if you’re still on the fence, it’s understandable. Migration is a big step to take. Fortunately, we have nine statistics (and a few bonus ones) to help make you a bit more comfortable with the decision.

Colocation is becoming popular all over the world. However, at the moment, five metro areas are responsible for 27% of the world’s retail and wholesale revenues for colocation. These top five metros are, in order of revenues:

The next 10 largest metro markets for colocation account for 25% of the remaining worldwide market. With such big cities heavily adopting this kind of technology, it’s clearly only a matter of time before colocation becomes the serving standard.

As the above points to, the majority of colocation providers can be found in North America. At the moment, roughly 43% of the world’s operational space for colocation is on this continent. This number will most likely fluctuate a lot in the future, though, as North America will see even more providers, but so will other continents. It’s a great sign for the market.

Colocation Use Is Growing…

To that point, the Uptime Institute Data Center Industry Survey of 2016 revealed that 20% of all IT assets are already housed in colocation data centers.

The data center colocation market is expected to be worth $55.31 billion by 2021, which will be thanks to a 14.45% compound annual growth rate over the forecast period.

…So Colos Are Spending More

Colocation providers are more than ready to meet this increasing demand as well. Nearly 90% of them recently reported to the Uptime Institute that their data center budgets have been increasing every single year. Half of them even described these increases as “fairly large.”

Although colocation use may be concentrated regionally, the good news is that there is still plenty of competition out there, meaning we can continue to expect great things in the future from this industry.

Right now, the four largest colocation companies only account for 16.8% of the revenues expected by the end of 2016. This low level of market concentration reflects that most operators are just small companies all over the world.

In another survey done by the Uptime Institute, 7% of data center operators that were asked said that they had suffered at least five “business impacting” data center outages over the previous year. That’s more than twice the number when compare to colocation providers, which was only 3%.

Data Centers Are Dropping in Popularity

Given the above statistics – about both data centers and colocation providers – it should come as no surprise that the latter doesn’t have a very sunny outlook. To be fair, this isn’t just because of colocation, but certainly the success of this alternative isn’t helping.

Starting back in 2014 and reaching forward to 2019, a report published by Cisco estimates that cloud workloads hosted by private cloud data centers will drop by 70%.

If you’ve been putting off migration because you’re unsure, hopefully the nine points we made above – and the statistics we provided to support them – will make things a bit easier.