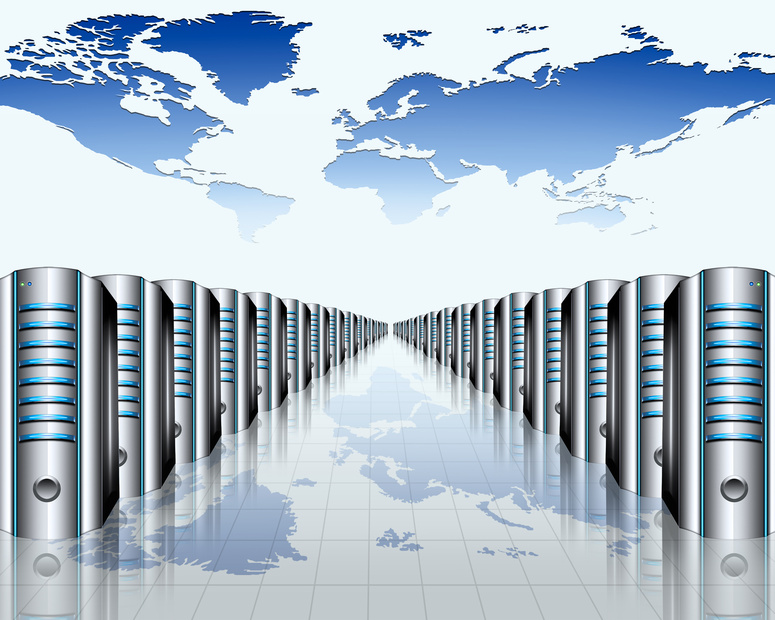 The history of Cloud Hosting services begins in 1991, roughly.

While Al Gore likes to claim he created the Internet, the truth is closer to military projects inventing the technology to communicate with one another over long distances. The creation of the Internet eventually leads to the modern age of computing.

For roughly 30 years, the Internet and the hardware supporting it is used as a military and academic project for ongoing communications. It isn’t until the 1990’s that the market catches on to the still infantile technology.

Four years before Geocities, Anglefire and Tripod offer the first true form of web hosting, the only way to host your own files or website is to host said data on a personally purchased server or computer. While the continuing drop of computing hardware brings larger portions of the market into the tech industry, the technology is clunky and still very pricey.

Whereas purchasing your own server or computer in 1991 to host a website would cost a few thousand dollars, in 2014 you have the ability to host a website for pennies per month. In 1991, roughly, money and technology served as inhibitors to web hosting.

With prices of computing hardware continuing to fall at a slow pace, the first major web hosting companies open their doors to supply the public with, by the standards of 1994, massive amounts of data storage space.

Geocities opens its doors to supply customers with 1 MB of web hosting.

All three begin their venture into the web hosting space as FREE services. All three offered initial web hosting plans for free.

In 1995, Bluehost and HostMonster begin offering web hosting solutions to the public. While both companies offer more web hosting data storage to consumers, by no means do they break the bank. Over the course of the next three years, multiple web hosting companies are founded with the simple premise of providing consumers with shared hosting environments wherein consumers would pay a decent amount per month for a relatively small amount of data storage and an even higher threshold for system failure.

While the true origin of the term “Cloud Computing” or “the Cloud” is unknown, it first began popping up in 1996 within internal Compaq documents. Before 1996, the image of a computer floating on a Cloud was used as a visual metaphor for the Internet, online data storage and computer networks.

While the term beings popping up here and there, the modern meaning of “Cloud Computing” and “Cloud Hosting” is still another decade plus away.

In the late 1990’s into the early 2000’s, web hosting companies opened there doors under the mantra of throwing up some servers to make a quick buck. As the web hosting market grew, so did the companies which only existed to make quick cash while the getting was good.

Within those companies, larger IT organizations like Lycos begin buying up first generation hosting firms, Anglefire and Tripod, to corner the market. At the same time, newer hosting companies like Zoom, Peer 1, Fasthosts, Rackspace, FatCow and GoDaddy are founded with a more marketable service geared toward long term hosting solutions as opposed to quick get rich schemes.

Cloud Hosting Side Note: Throughout the 1990’s, popular telecommunications firms begin offering virtual private networks to consumers. The VPN services of the time are used by telecommunication companies to use overall network bandwidth more effectively.

In 2003, Chris Pinkham and Ben Black present an academic paper to Amazon laying out the vision of the Amazon consumer Internet services model. While the paper mostly deals with how to standardize Amazon infrastructure offerings, the end of the paper speaks to the creation of AWS by way of offering consumers virtual servers as a service, a VPS. The idea is floated not because Amazon wants to get into the business of offering VPS or eventually Cloud Hosting, rather it is floated to provide cash for Amazon to build out their infrastructure offerings.

In 2004, Amazon comes to market with their first “cloud hosting” solution. The service is called Simple Queue. It is launched in November 2004.

From 2000 – 2005, web hosting companies continue to pop up as the technology becomes cheaper and cheaper to own and rent. In 2002, HostGator is formed out of a dorm room with only three servers. In 2005, Google purchase Blogger and WordPress launches.

As web hosting prices continue to drop, companies begin to offer more than shared hosting platforms. To expand to meet customer demand, multiple hosting firms begin playing with the idea of offering a VPN connection to business clients to ensure security. At the same time, web hosting companies begin to create the technology which would eventually become the private cloud.

After a few years in the lab, Amazon publicly launched AWS with the simple idea of providing online solutions for websites and multiple client-facing applications.

By 2007, AWS has more than 180,000 developers actively using the service. Much like Github, AWS leverages the working knowledge of their developer community to improve services and to create new hosting solutions.

By the late 2000’s, the term Cloud fully crops up into popular computing circles.

In 2009, Google begins offering Cloud based applications. The apps – Drive, Docs, Slides, Drawings, Calendar, Voice, Sheets etc. – are offered to consumers at no charge. The apps allow Gmail users to harness the power of a traditional PC desktop environment in a Cloud based platform at no cost.

In July of 2010, Rackspace and NASA link up to create the open-source cloud platform, Openstack. Openstack allows companies and organizations to supply cloud based computing services running on standard industry hardware. Openstack aims to wholly flip the traditional computing model on its head.

The increase in market competency matched with constantly lowering prices of hardware brings about cheap Cloud hosting. By mid-2011, multiple companies are offering Cloud hosting solutions for lower than $5 a month.

The trend continues in 2012 when Oracle gets into the game with the Oracle Cloud.

In an effort to cut down on the costs of hosting, Cloud providers implement SAN storage. SAN allows more consumers to be added to a single hypervisor and node without having to worry about breakdowns. Companies like Rackspace, Linode, VPS.net and Peer 1 take the lead.

All the while, another company begins playing with the concept of utilizing SSD’s for all Cloud Hosting needs. That company, DigitalOcean, begins targeting the developer market as their core demographic and, much like AWS in 2006, utilizes their knowledge to build a vastly superior system than what is currently offered.

2013: DigitalOcean is the Big Fish

Noticing SAN style Cloud hosting isn’t the best option for consumers or providers, DigitalOcean begins offering $5 SSD (solid state drive) Cloud hosting services. The services prove to be highly effective, very efficient and extremely scalable. Starting as a lower player in the field, DigitalOcean eventually rearranges the entire industry and grows to be one of the largest hosting infrastructure providers in the world. By late 2013, DigitalOcean is the 15th largest infrastructure provider on the planet.

As of October 2014, DigitalOcean surpassed Rackspace as the 4th largest infrastructure provider in the world.

As you can tell, the history of Cloud Hosting is long and windy. To get to now, the technology had to link up with other technologies along the way, figure out a proper pricing model and leverage real users to increase solution capabilities.

The story of Cloud hosting is a story of academia, enterprise and open source. With DigitalOcean and AWS currently leading the charge, Cloud hosting solutions are cheap, stable, highly useful and ever abundant. Who knows what the future will bring.