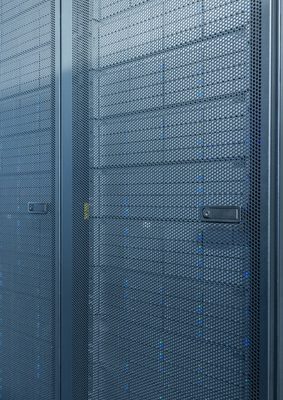 The digital age continues to progress, which means, amongst other things, we will continuously make more data. This will require private cloud hosting for a number of reasons.

What Is Big Data?

Let’s begin by making sure we’re all on the same page about the term “big data.” It’s become a bit of a buzzword in the industry these days, but it has a legitimate definition.

As the name suggests, big data describes a huge volume of information that a company relies on for normal business operations. This can refer to both structured and unstructured versions of data.

Big data could mean identifying information of a company’s customers. It could relate to website traffic and certain characteristics of the people who visit. The information might have to do with transactions.

Whatever the case, “big data” also refers to the act of collecting this large amount of data for the sake of analyzing it and pulling out key insights that will help a business improve.

The Problem with Big Data

You can probably guess that main challenge that stands between companies and them making the most of their big data. It’s that all that information can be nearly impossible to properly organize, much less analyze.

The vast majority of companies literally have more information than they know what to do with.

In case you’re unaware, servers are computers that are used for nothing other than storing large amounts of information. This usually means the data required to keep a website up and running, but servers can be used to hold other types of information, too.

A cloud server just means that this computer is located somewhere other than the company’s own property. A private cloud server is a computer that only hosts information for one company.

Why Private Cloud Servers Are Required to Handle Big Data

The proliferation of big data isn’t slowing down. In fact, companies are finding that their production of data is increasing exponentially. This would make it virtually impossible for the vast majority of businesses to use anything other than private cloud servers.

Trying to host these servers on their own property would be a major strain on their budget; one that would continue to grow, too.

Using a shared server is pretty much out of the question as the growth of a company’s big data will eventually mean that a business outgrows this application.

Customizing Your Private Cloud to Make the Most of Big Data

The fact that a private cloud server is required to handle the immense size of big data may have been obvious to many of you, but there’s actually another big benefit of this application.

Having your own cloud server also makes it easy to customize it as you see fit. Not sharing with other companies means you have final say. It also means you can scale up as necessary, so, as your big data grows, your server can, too.

Full customization promises that you can always leverage your server to analyze your big data in whichever way would prove to be the most beneficial. Again, this is something you can change at a moment’s notice, meaning you never have to miss a major breakthrough.

Big data is not going away. As we mentioned before, it’s growth is exponential. In many industries, the company that uses its data the best will be the one that’s victorious. If you want to be that company, make sure you invest in a private cloud server.