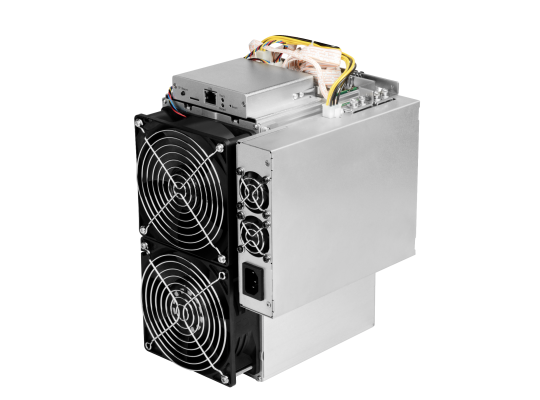 Whether you realize it or not, AI (Artificial Intelligence) machine learning is already helping our everyday lives. Examples of this include smartphone assistants and image recognition and translation. There are many additional applications that machine learning can help with as well. One of these areas is energy consumption. The world is ever increasing in the amount of energy it uses. There have been many advancements to help slow down the growth of energy use, but there is still a long way to go. Large scale industrial and commercial systems consume a lot of energy. Data centers are among those that consume excessive amounts of energy.

Many improvements have been realized over the last 10 years at Google. They have put energy efficiency as a priority and the results are impressive. They have invested in very efficient servers, invented better ways to cool the data centers and invested a lot of resources in green energy sources. Compared to five years ago, they are getting three and a half times more computing power out of the same amount of energy and improvements are continuing to be made.

DeepMind’s machine learning when applied to Google’s data centers have proven to be a significant way to reduce energy consumption. It has aided in the reduction of energy usage by 40%. When the measure of the implementation is taken into consideration, in any large scale, energy consuming environment, this is definitely classified as a huge improvement. Even more notable is the efficiency this brings to data centers that are already operating at an elevated level of efficiency.

Every improvement in the efficiency of data centers reduces the total emissions into the natural environment, thereby reducing the negative impact. With technology like DeepMind, machine learning can be used to consume less energy. When implemented on a wider scale, it can also have a positive effect on one of the most difficult challenges we face, climate change.

How It Was Implemented

A managed colocation data center has to process and store data. This process involves constant computing as one may imagine. Servers powering Google Search, Gmail, YouTube and others generate a lot of heat. If you think about your personal laptop, after running for a while, it begins to generate heat. The same kind of heat is generated at data centers. Cooling is very important in order to maintain the hardware. In order to maintain an ideal internal temperature, a data center must have a robust cooling system. This generally consists of very large, industrial equipment like pumps, chillers, and cooling towers. These systems work well in standard environments, but data centers are dynamic and are not always constructed in a uniform fashion. This reduces the efficiency of the cooling system.

In order to reduce the issues associated with this problem, machine learning was applied two years ago and used to operate the data centers more efficiently. Recently, DeepMind researchers began working with Google’s data center team in order to significantly improve the system’s utility. A system of neural networks was trained on different operating scenarios and parameters that existed within the data centers. A more flexible, adaptive framework was the result. This framework is more efficient and also better understands data center dynamics.

In order to accomplish this, historical data was accessed. This data was gathered by thousands of sensors placed within the data center. These sensors measured data such as temperature, power, pump speed and set points and other important indicators. This data was then used to train an ensemble of neural networks. One network was trained on the average future power usage effectiveness. This is the ratio between the total energy usage to the IT energy usage. Two more ensembles of deep neural networks were trained to predict the future temperature and pressure over the next hour. These predictions are used to simulate recommended actions that will ensure the data center does not exceed operating constraints.

The resulting data concluded that the DeepMind Learning system was able to consistently achieve a reduction rate of 40% in the amount of energy consumed for cooling. It also helped achieve the lowest power usage effectiveness the center had ever experienced. These results are undeniably compelling, and this can be replicated on a wider scale. Adding these DeepMind neural networks to more data centers around the world will substantially improve the efficiency of the centers and, as a result, benefit the environment.