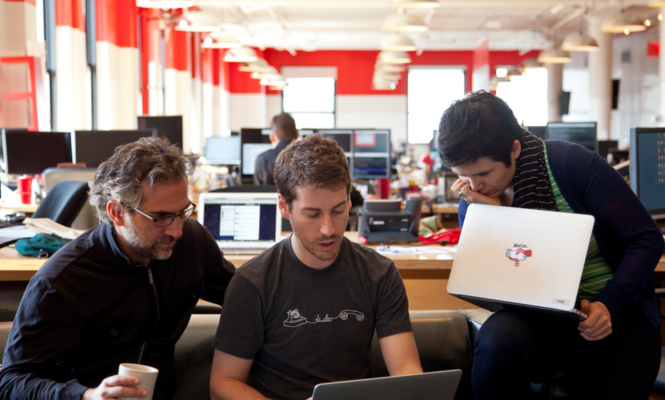 Technology is changing the world at an unbelievable rate. Just a few decades ago, few people could imagine the type of tech that we now take for granted. From having vehicles that can drive themselves to keeping computers in our pocket that can connect with anyone around the world and stream movies on demand, we live in an amazing technological time. One of the most interesting types of tech to have been developed in recent years is augmented reality technology.

Augmented reality creates images that the users view as being a part of the real world around them. Only certain images are created by computers, which the user can then interact with through their device. It’s important to note that there is a big difference between virtual reality and augmented reality.

With virtual reality, which typically requires some type of headset, everything is created by computers, allowing the user to step into a virtual world. With augmented reality, you are still in the real world, and seeing everything that it offers, it’s just been supplemented with certain elements that are added to it via computers.

Below, we will be looking at some of the best examples of augmented reality to have been created in recent years.

The app that took the world by storm in 2016 is still popular with many users, and there have been several other apps that have tried to follow its success. You have probably heard of this augmented reality app whether you used it or not.

This game required people to walk around and look for elusive Pokémon that they could capture and then use to battle with other players. The players would look through their phones when they were close to these digital critters, which would appear on the phone of their screen as if they were in the real world.

The concept is simple, but it’s one of the best examples of successful augmented technology that’s ever been created.

The Hybrid AR app, which was released in 2019, allowed users to learn more about their new hybrid model, the C-HR. The app would overlay images of what’s happening beneath the exterior of the car onto actual physical vehicles. The customer could point their device at the vehicle while using the app to learn more about everything beneath the hood including the motor and the battery.

The app was fun and served to provide people with a better understanding of the vehicle all without ever speaking to someone from Toyota. It was a good way to help people get excited about the vehicle and provided them with new ways to explore just what is offered. This is something that many brands have been doing with great success.

Another interesting app comes from Gucci. The technology is often used by brands to help provide people with more information about a product, so they can decide whether they want to buy it or not. This app would allow users to try on sneakers virtually.

By pointing the camera downwards, they can then choose from a range of different sneakers. When looking through the phone, they would be able to see what those sneakers would look like on their feet. They could even take a picture and post it to social media, for example. This helped to get the word out about not only the app but the sneakers the company had available. It was a smart branding option.

Many people know how frustrating it can be to attempt to walk through an Ikea store to look at the furniture and items. Not only are there often a large number of people, but it can also be difficult to know how certain items will look when you bring them home and place them in your own house.

The Ikea Place app is a solution to this. This app allows you to stay in your home and then virtually place different items and pieces of furniture around your rooms. You can view them through the phone or tablet to get a better idea of how they will look and fit in your place. The app is supposed to be 98% accurate in terms of scale. The images also react to light and shade, so you will have a truer representation of what you can expect from the products when you buy them.

The app allows people to make a more informed decision when they are purchasing. They can then buy online or head to the store with more confidence.

These are just some examples of how augmented reality technology is being used today. There are plenty of other companies and institutions that are using AR to help people get a better understanding of the products or services they offer.