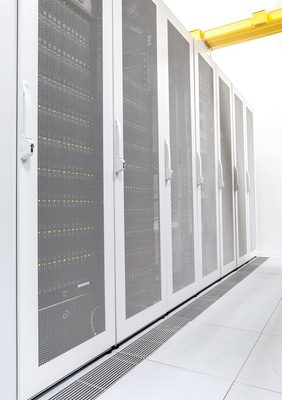 With the rise of Bitcoin, there has been quite a bit of discussion of how this will affect the world’s finances. Bitcoin, along with other types of cryptocurrency, are decentralized, which is the opposite of all the other forms of currency currently used today. It’s important to get a basic understanding of what decentralized and centralized mean to learn what types of financial concerns can arise with cryptocurrency, and to see whether or not those worries are founded.

So long as the government exists, the money is worth something. Because this is the “norm” for most people, they see it as the only way. They believe and trust that the government will always be there to back up their currency. However, if the government were to disappear, the money would essentially be worthless.

With a decentralized system, there is no single entity, whether a government or bank, with full control over the currency. Anyone has the ability to mine virtual currency, and the value of the currency comes from the network of people who are using it. All of the people who are in the network are connected to the system and to the other members. This means there is no single point where the system can fail. Even if some people no longer use the currency, the system is still going to be in place. This is one of the main reasons many people are attracted to having a decentralized currency and why they are getting into Bitcoin.

The decentralization takes away the power from the large banks and the governments. Of course, this is one of the reasons that those institutions are concerned about what is going to happen with the rise of cryptocurrency mining.

The Worries About Cryptocurrency

Many government agencies are concerned about the use of cryptocurrencies, such as Bitcoin. While a part of their concern is about the loss of some of the power that they wield – the same concerns of banks – there are other concerns that arise, as well, for large institutions and for others.

For starters, with traditional currency, even though the values might change, they tend to remain more stable than some of the digital cryptocurrencies available today. Even when there are big shifts, the government can help to stabilize the values, so the entire economy doesn’t tank overnight. Of course, there are still instances of this happening. The cryptocurrencies can change value quickly. They can rise and fall in value quickly.

This presents some amount of danger to companies who are willing to take these currencies as a form of payment. Recently, more and more businesses are willing to gamble on cryptocurrency. Real estate, vehicles, and plenty of other types of items have been bought and sold using these types of currencies. However, if the value of Bitcoin were to drop substantially over the period of a few days, they are not going to make a profit on their sales.

For example, if a home is bought with Bitcoin for $400,000, and the value of Bitcoin dropped in half before the seller could get rid of the Bitcoin, they would lose out on a lot of profit. On the other hand, if someone plans to buy a home with Bitcoin and the value drops before they can purchase the home, they would not be able to buy. While these are extreme examples, they are possible.

Fraud is another one of the financial concerns with a decentralized digital currency. In the past, it was possible for users of cryptocurrency to spend their money two times or more. Thankfully, new Bitcoin miners, are able to catch this type of fraud, so it is not as much of a problem. However, there will always be those who are going to try to defraud the system, and this is likely to always be a financial concern for decentralized digital currency.

Because no one is overseeing what’s happening with this type of currency, it is possible for criminal activities to take place without much opposition. In fact, this has happened before. It was the only currency that was accepted on the now defunct Silk Road, a site that sold illicit goods online. The FBI even seized Bitcoins from a user they had caught buying controlled substances.

Of course, there is also the worry that despite the fact that there is a large network of people using cryptocurrency that it could eventually collapse. They worry that the values of the currency change often, and that they might lose a lot of money. There are fears of greater oversight eventually coming to Bitcoin, as well. In October of 2017, based on the worry that the regulators in the United States would start to increase oversight, Bitcoin dropped 9% in value. It has since recovered, but there are still worries that these drops could happen again.

Wall Street is not pleased with the potential cryptocurrency futures market that’s set to open, and they are trying to press for more oversight and regulations. They say that the currencies are not mature enough and that not enough is known about them and how they will pan out in the larger market.

What Will Happen With Digital Cryptocurrency?

Despite the financial concerns that people have when it comes to decentralized digital currency, it is not likely to go away anytime soon. In fact, it is much more likely that it will continue to grow and mature, and there will be improved methods of ensuring better stability and better means of cutting down on fraud and other issues.