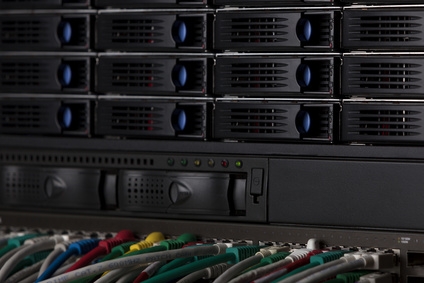 In mid-2015, an announcement was made by the National Security Agency (NSA) that announced some of its IT infrastructure would be moving to Amazon Web Services. However, the NSA is far from alone in this change, as the Department of Defense, National Geospatial-Intelligence Agency (NGA), and Central Intelligence Agency (CIA) were also already using the Amazon cloud service.

Alex Voultepsis, chief of engineering for the NSA’s Intelligence Community Special Operations Group, said, “The infrastructure as a service which Amazon provides has shown us significant IT efficiencies.”

Government in the Cloud

Back in 2010, Vivek Kundra, the CIO of the United States government made a comment that the federal government needs to move to a cloud-first policy. It has taken time for agencies to get on board with this, but it is happening and will likely continue to occur with more and more government agencies.

One example of this is that Amazon has been a 221% year-on-year for AWS GovCloud, which was launched in 2011. Microsoft has also seen tremendous growth, with over five million users on Microsoft Cloud for Government. This number is exceptionally high when it concerns capabilities that are not available on-site, like deep learning and natural language processing capabilities and cloud computing for big data analytics.

There has already been a reduction in the number of data centers operated on a federal level. When the cloud strategy began, there were upwards of 10,500 centers, and by 2016 that number had fallen to 7,500. It’s expected that thousands more will be closed in the next half-decade. The areas that have seen the most closures include the Departments of Defense, Agriculture, Treasury, and Interior.

The data center closures make for substantial savings, but agencies have also reported billions of dollars in savings from the avoidance of expenditures. Most of the savings have come from the Departments of Homeland Security, Treasury, Defense, and Commerce. It is expected that total savings from 2015 to 2019 will total more than eight billion.

In a survey by the Professional Services Council, it was found that CISOs and CIOs who work at federal agencies believe that cybersecurity is the most substantial challenge they face. This makes it a top priority, especially when adding on the problem of aging systems and infrastructure that need updating and modernizing. Another problem is the intensive hiring rules that can make it complicated to attract the top talent while paying competitive salaries when compared to the private sector. The most in-demand skills include digital services, agile development, and cybersecurity.

Cloud implementation of any sort can alleviate some of these issues, as outdated systems can be replaced with systems on demand, requiring no need for capital expenses. Agencies will have access to better systems and software, which will make it much simpler to achieve the many cybersecurity goals that government departments are working toward.

These agencies will additionally have the ability to take advantage of innovative technology developments that push improvements to performance and allow them to make sense of the large numbers of data that they are consuming. Having cloud storage and applications that can work on sorting through essential data sets can help with identifying security vulnerabilities and threats.

While it has been slow going for the government to move to the cloud, it seems as if it is finally on the rise. At one time there were many fears related to data loss and lack of security, but those days are mainly behind us. Even the United States government realizes that improving security and analytic abilities can be done easier and more quickly by using the cloud.