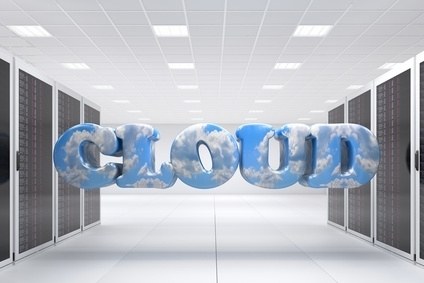 This said, the question, “is Cloud Computing secure” isn’t fair. Rather than asking that, the question needs to be applied more specifically to the public Cloud and the private Cloud.

Yes and no. We would be lying to you if we told you public Cloud services like Gmail, Yahoo Mail, Facebook and Twitter are fully encrypted and secured. They aren’t. At this point in time, with Cloud adoption under way, it is common knowledge that public Cloud Computing services are not fully secure. The service providers themselves have outwardly stated that you shouldn’t expect any sense of rigorous security protocols when using Gmail or Yahoo Mail.

Why aren’t public Cloud applications secure? The answer is simple: there are too many people using Twitter, Facebook and Linkedin for the providers to secure the platform. Like a spaceship in the process of launching, the more moving parts means more chance of the unknown, i.e. failure. This is why public Cloud platforms will never be fully secure. Too many moving pieces.

While the social media applications and public email platforms can’t be considered secure Cloud solutions, the private Cloud is working to reach those lofty goals.

Yes and no. The main difference between security issues with public Cloud Computing and private Cloud Computing is where the Cloud in question is deployed. By its very nature, public Cloud platforms like social media applications are deployed in a public infrastructure. This means there are lesser security protocols making it easier for a hacker to breach the network. On the other hand, a private Cloud is deployed internally behind internal firewalls away from the Internet.

If you think about it in terms of Internet vs. Intranet, the public Cloud is the Internet while private Cloud deployments are the Intranet. There is a major difference impacting how secure your solutions are.

This leads us to our final question.

Which Cloud Should I Choose?

It all depends on need. If you are a consumer who has no need for security protocols or if you are a consumer who understands not to put anything critical on a public Cloud infrastructure, then by all means, utilize Gmail and Twitter for all they are worth. On the other hand, if you are compelled to learn how to make Cloud Computing secure and need to keep your corporate files encrypted behind internal hardened firewalls, than the private Cloud is for you.