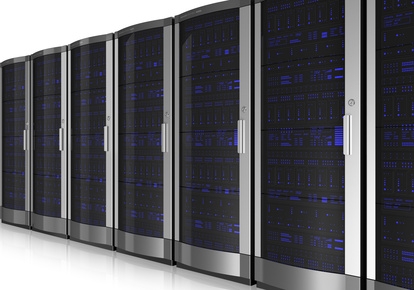 When you start to research Bitcoin mining, one of the truths you will hear over and over again is that it requires a substantial amount of energy. This is true for the individual miners out there, whether they are mining at home or they are mining via a colocation server, they are going to be spending quite a bit of money on power for their mining rigs. However, to get an idea of just how much power Bitcoin mining really consumes, it is a good idea to look at all of the energy consumption by everyone who is mining.

How Much Power Is Being Used?

For example, the website Motherboard found that, by their calculations, the amount of energy that it would take for a single Bitcoin transaction was equal to the amount of energy consumed in 1.6 U.S. homes in a single day, and that this number is increasing all the time. The site later went on to further their calculations to determine just how much this energy consumption could potentially increase by 2020.

If Bitcoin continues to expand – and with the higher value for the cryptocurrency, that is highly likely – the amount of energy consumption would be somewhere between the “output of a small power plant and the total consumption of a small country like Denmark by 2020.” The current estimations are that the network of Bitcoin minders uses about 350 megawatts, which is equal to the energy demands for 280,000 homes in the United States.

This is an enormous amount of energy by anyone’s standards, and it can be hard to wrap your head around the fact. Even more alarming is that this energy demand is likely to increase quite a bit, as long as Bitcoin remains popular. Also, keep in mind that Bitcoin is not the only cryptocurrency out there. Other altcoins are available, and they work in much the same way, using up even more energy.

Bitcoins are mined by having computers located all around the world solving mathematical puzzles that verify the blocks in a blockchain. Each of these puzzles, no matter how many computers are trying to solve it, will take ten minutes to decipher. Therefore, even with faster or better rigs, the puzzles take the same amount of time to solve. The faster rigs do mean that you can perform more hashes per second though, which could mean a greater chance of earning part of a Bitcoin for being the first to solve the puzzle.

With the price of Bitcoins on the rise, more and more people are starting to get involved in the field, and that means even more computers and rigs on the Bitcoin network. This means even greater power consumption, naturally.

The Power of the Machine

When you are considering starting Bitcoin mining, it is important to make sure that you are only choosing a machine that can provide you with good returns based on the amount of power it will consumer. If you are going to be mining from home, you will have to calculate how much you pay for power vs. how much money can make from the mining rig you want to own to determine whether or not it is worth it.

Always choose mining hardware that can promise you a lot of computing power with better efficiency, as this means you are going to be making a greater profit. Keep in mind that you will want to have an ASIC mining rig for your efforts. The days of using CPU or GPU power for Bitcoin mining are gone. It is not possible to make a real profit with these options, as they are not able to provide you with the power you need, and you will end up spending more in energy costs just running the machine.

With better quality equipment that is more efficient, it could help to reduce the amount of power you are consuming. However, the rise of Bitcoin is most likely going to lead to even more power consumption in the future, as the machines are only able to be efficient to a point before they start to lose their capabilities to perform the needed calculations.

It takes time for new and better technology to come out, and when it does arrive, it is often expensive. This leads many Bitcoin miners to stay with their current technology for as long as possible, before it is no longer financially viable for them. Therefore, many continue to use machines that are not as energy efficient as newer models that are released.

Is It Worth the Energy Consumption?

Some have decried Bitcoin’s energy consumption as being a major problem that could affect the climate. However, there is a chance that this worry is overblown. While it is true the power consumption is high, as evidenced above, you will find that many of the colocation hosting companies today offering services for Bitcoin miners utilize green energy sources, which can help to offset the high energy consumption.

Even with the energy consumption being high, Bitcoin provides a level of security that is not seen in other areas and with other types of currency. Many people feel that the security is worth the cost of the energy. It provides them with a decentralized location for their wealth, and they do not have to worry about the banks or the government.

With better quality mining hardware, colocation companies that are offering green services, and perhaps eventually moving to renewable forms of energy, it could be possible to lower the energy consumption with Bitcoin. Only time will tell exactly what will happen with the amount of power being used with Bitcoin mining.