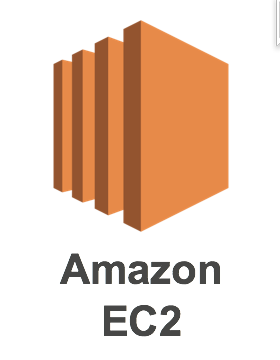 It was recently announced by Amazon Web Services that their new Amazon Elastic Compute Cloud (EC2) G4 instances that are going to feature NVIDIA T4 Tensor Core GPUs would be coming to their platform. This allows customers who are using AWS to have a more flexible and versatile platform that is still very cost-efficient. The customers will be able to use the system to deploy many different types of AI services.

What Will It Offer?

They will be able to use the AWS Marketplace as a place where they can pair with acceleration software and the NVIDIA CUDA-X AI libraries. The libraries include features for data analytics, deep learning, and machine learning. AWS and NVIDIA have worked together for quite some time, and with the new offerings, it will allow customers to have even more options for AI solutions. The goal of the T4-based G4 instances is to provide an even easier and more cost-effective option for the customers to boost machine learning and to handle applications that are graphics-intensive.

In addition, you will find that the T4 is going to be supported by Amazon Elastic Container Service for Kubernetes. This will simply make it easier for customers to use Kubernetes when they are deploying, managing, and scaling containerized applications on EC2 G4 GPU instances.

Are the T4 GPUs Right for You?

These instances will also provide support for the next gen of computer graphics. This is going to be quite helpful when it comes to improving and smoothing out the workflows of professionals, whether they are working in a technical or a creative field. Some of the benefits that these systems can offer in terms of improving computer graphics include real-time ray tracing, AI, rasterization, and simulation.

It is going to integrate seamlessly with so many of the other offerings from AWS, that those companies that are already using Amazon Web Services for other purposes will find that this could be the ideal next step solution for them.

While it’s great that this is a part of AWS now, it was not the first company that started using the T4 GPU instances from NVIDIA. It was actually Google last year that became the first large cloud vendor that offered compatibility with T4.

After the T4 GPU instances started to go into beta testing in the early part of 2019, they monitored how well they were working and whether there were any changes that would need to be made before deploying them on a large scale. The full announcement came from NVIDIA in March of 2019, with the T4 GPU instances rolled out over the course of the following weeks.

Consider How They Could Affect Your Business

Now that you have a better idea of what the T4 GPU instances could be able to offer, it might be time to think about adding them to your AWS services. They could be just the option that you have been looking for to help elevate your business to the next level.