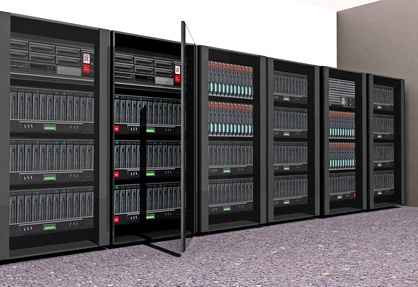 When it comes to mining Bitcoin, there is always a balance that people strive to achieve. They want to make sure that their blockchain fulfillment is high enough that it will offset the power consumption rates and still be able to provide them with a profit at the end of the day. When considering the power consumption rates, it is important to consider not only the amount of power that an individual’s mining setup is using, but also all of the Bitcoin users as a whole. This can provide you with a better idea of just how much power is being consumed overall.

What Is the Blockchain?

The blockchain database is hosted by tens of thousands of computers at the same time. This way, there is no danger of having a single location attacked or having a single location that would be controlled by just a single person. This is one of the biggest benefits of the blockchain, and other industries beyond just Bitcoin have started to look into adopting it for their own data needs.

The design of the blockchain helps to ensure safe and reliable transactions, even in those cases where the people who are performing the transactions may not fully trust one another. Everyone who is participating in the network will have a copy of the blockchain, or ledger, and they can check the ledger to see if there are any issues or inconsistencies within them. Every single exchange and alteration to the ledger can be seen by everyone else who uses it.

Essentially, this means that it is now impossible to make a fake exchange on the system, because the other members are going to catch you. The audits and verifications of the ledger are conducted by Bitcoin miners, and once they have audited a certain amount of the ledger, 1MB, they can potentially earn a portion of a Bitcoin.

How Much Power Does It Take?

Of course, the machines that are used for Bitcoin mining utilize power. In fact, they utilize quite a bit of power. With the massive number of computers that are connected to the system for the blockchain, the power consumption rates are astronomical. Bitcoin consumes more energy than many people would expect, and this is one of the biggest hurdles that will need to be overcome if this type of currency is expected to thrive in the future and become sustainable.

To make money with Bitcoin, it is important for the miners to make use of high-quality mining devices. These devices consume a lot of power, and with the advancements of Bitcoin, and the competition in the field today, the machines need to continually be faster and faster to provide people with the same amount of profits. Naturally, this tends to mean that the machines are going to consume more power than the older machines did.

Many of the companies making these machines today are trying to reach a balance where they can provide a machine that is capable of making the calculations needed fast, while still reducing their power consumption. The exact amount of energy that is consumed for each proof algorithm can vary greatly, often because there are different technologies in use.

With Bitcoin, for example, the protocol is a proof of work system, which ensures the accuracy of the calculations. In recent years, other types of proof functions were created that were more efficient and that used less energy. However, it was difficult to add them to the Bitcoin programming that was already running on older machines. So, they have continued to use the same system, despite the fact that it is consuming so much energy.

It will likely cause a conundrum when people are looking to these currencies in the near future. They will wonder whether they should use the currencies like Bitcoin that have the old style high-energy consumption patterns, along with the highest legitimacy, or if they should use a new cryptocurrency that might have a lower power consumption, but that does not have the legitimacy of Bitcoin. Neither of these options is perfect.

As it stands now, the energy consumption for Bitcoin alone could be as high as the entire country of Denmark by the year 2020. Christopher Malmo of Motherboard calculated that a single Bitcoin transaction would take as much electricity as the amount of energy consumers in a single day by 1.6 average households in the United States.

What Can Be Done About the Energy Consumption?

The popularity of Bitcoin does not seem to be diminishing anytime soon, and this means that more and more people are going to start using the Bitcoin mining rigs. Therefore, it is imperative that companies work as hard as possible to make these machines as efficient as possible. With increased efficiency, it should be possible to lower the consumption rate. While this is not a fix to the problem, it can help to at least alleviate it somewhat.

Another option would be to adopt a better proof system for the blockchain fulfillment. However, requiring everyone to utilize the same technology and cryptocurrency would essentially defeat the purpose of decentralizing currency in the first place.

Those who are starting with a Bitcoin miner need to be aware of the energy consumption costs on a personal level, as well. Whether you are running the machine from your home or you are running the machine from a colocation server, you need to consider just how much you will have to spend on the cost of the power. This needs to be less than what you are making with your Bitcoin if you hope to make a profit of any sort, as mentioned earlier.