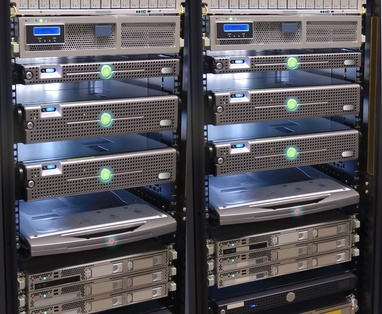 Over the past several years, you have likely heard a lot of talk about net neutrality. You might not know exactly what this term means or where you stand on the issue. To help make things a bit easier to understand, we’ve created lists of both the pros and the cons of net neutrality, to help give you a better idea of what it means.

Most people have a positive opinion of net neutrality, and the Federal Communications Commission revoked it in 2018. Many are debating whether it is a good or bad option.

What Does Net Neutrality Mean?

Before getting into the pros and cons, we first have to understand what net neutrality means, as it can be confusing. Originally, it meant that an Internet Service Provider would not be able to prioritize one website over another when providing service. While this may sound good in theory, it does pose some issues.

The Pros of Net Neutrality

Those who believe that net neutrality should be in place feel that it’s important for freedom. It will allow you to look at what you want to access regardless of the type of content, as long as it is legal. If there weren’t net neutrality, it could be easier for illegal sites to be as easy to access as popular sites like YouTube or Amazon. It would likely be more difficult to target those who are engaging in illegal behavior online, as well.

Net neutrality can also help to even the playing field when it comes to online marketing and advertising, allowing smaller businesses to be able to compete. When it comes to ranking on search engines and social media, companies would be on equal footing when they first start out online. However, the amount of effort and money they put into advertising can ultimately help them rank higher. Everyone will have the same opportunities, though, and smart small businesses can thrive and compete with much larger companies.

It also means that you will have more choices and not be stifled by the ISP. For example, if there is no net neutrality and an ISP decides that they want to support Hulu over another streaming service like Tubi, Hulu will work fine through that ISP. However, if they prioritize Hulu, it means that Tubi will not get priority and may end up constantly buffering. This means that you won’t like using it, which will affect that business’s bottom line. Net neutrality prevents this from happening.

With net neutrality, you will also not have to worry about ISPs gaining too much control. It means that the ISP will not be able to simply ban pages or sites if you don’t have the right data package. There is also the chance that the ISP might decide to raise prices. They might not raise them right away, but they may start to slowly add fees.

The Cons of Net Neutrality

While there are many benefits to net neutrality, there are also some potential cons to consider. It will often mean that there is less network innovation by the ISPs. They claim that because there is such a high demand for streaming services and similar services, they are spending more on the capacity to meet those needs than actually innovating and improving their networks.

Many feel that there is not a need for net neutrality because the Internet was able to develop without the regulations in place. They say that that there is no need for net neutrality because the providers will not try to throttle or block content in the United States, although it’s happened in other countries. They also claim that ISPs will not try to gouge consumers.

One of the other reasons that people were against net neutrality is because they claimed that it made illegal content more easily available. It is easy to access, and it is difficult to remove. By removing net neutrality, it is believed that it is easier for ISPs to find and deal with this type of content.

The FCC repealed net neutrality in June 2018, and it’s unknown whether there will be net neutrality in the future. There are movements in the government to bring net neutrality back, but it doesn’t seem likely anytime soon. This means that the debate is going to continue for the foreseeable future.

Now that you have a better understanding of what net neutrality is, do you feel that it’s a good idea, or do you agree that it was right to repeal it? When you look at the pros and cons, you can better see how each of the sides feel in this matter. Perhaps there is a middle ground that will make everyone happy like us at QuoteColo. Still, that seems like it will be a long way off.

← The High Cost of Website Downtime ← Compass Mining
Manage Cookie Consent
To provide the best experiences, we use technologies like cookies to store and/or access device information. Consenting to these technologies will allow us to process data such as browsing behavior or unique IDs on this site. Not consenting or withdrawing consent, may adversely affect certain features and functions.
Manage options Manage services Manage vendors Read more about these purposes
View preferences
{title} {title} {title}