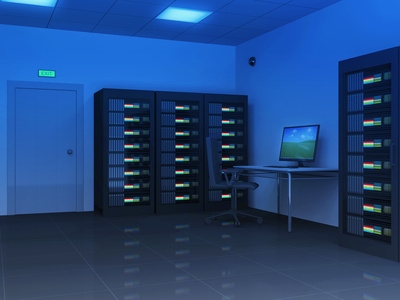 If you were to ask a room full of IT staff what the most significant advantage of cloud computing is, you would likely hear many of them talking about the ability to scale on demand. For businesses which are just considering the benefits of the cloud, it can be challenging to conceptualize precisely how powerful scaling on-demand is, but there are all sorts of benefits associated.

In fact, many challenges and issues that are common before the cloud are no longer issues at all.

At one time, engineers were anxious about the “Slashdot effect”, which is simply a massive influx of traffic that causes server failure. Now, with AWS auto-scaling, those risks are significantly reduced. In addition to that, auto-scaling can actually lead to a reduction in costs, as well. Rather than projecting usage and having excess resources available for a buffer, only resources that are used are paid for, and this can change moment by moment.

These advantages are great, but they do lead to their own challenges. We can scale on demand, but applications also need to be outfitted to scale with the environment. This might seem straightforward in many cases, for instance, while an elastic load balancer is moving traffic across various instances that can scale with demand. However, other things need to be considered when looking at scaling data, uploads, and session information.

When thinking about the difference between the cloud and legacy IT management, the most crucial shift when using cloud computing is that these systems need to be transitory. That simply means that anything that is on them should be immediately and entirely replaceable. When you work with AWS, and other cloud platforms, some tools can help with this.

An example of this would be using S3, AWS’ storage system, being used for storing data rather than storing it locally. However, if your business is not able to move data and systems onto S3, a distributed file system can be an alternative option to consider. In this case, session information would no longer be using any sort of local file store, instead using RDS or ElastiCache to save each of your sessions.

Of course, scalability is hardly a new problem for business. But, when using AWS and other cloud-based engineering techniques, solutions can come from adopting an innovative new way of looking at a problem that has plagued us for a long time. When looking back, approaches such as forking were a way to scale your applications up, while other methods followed these, such as threads.

At that time, data was written to a disc when an application was terminated, with a lot of concern for what to do with the data that was in the memory. Moving back to the present and the advent of auto-scaling, the systems that are being scaled become merely memory and CPU, while developers write the data to a long-term store.

Configuration management is undoubtedly the most widely adopted solution for zero to 100% scalability, but many other options can do the same thing. No matter which approach is being used, the ability to scale to whatever level is limited only by the application and its ability to scale with it.

This represents a complete paradigm shift when it comes to the governing principles of typical IT departments. Not so long ago, a system administrator would show the uptime of a system as a point of price. Nowadays, that same pride is seen in high availability. This just goes to show how things change, as IT moves from system to application management.