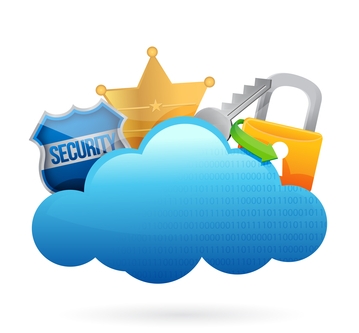 Last month, Wired ran a phenomenal story “How the US Almost Killed the Internet” by Steven Levy about the global impact recent NSA security practices will have on global commerce, IT infrastructures and Cloud based services. Mr. Levy uses the space to highlight how, due to both government and corporate online security breaches, the Cloud Computing infrastructures are on the brink of nationalizing.

The idea of nationalizing Cloud hosting solutions is akin to creating Border States to control policy within that state, i.e. the United States controlling law within its own territories or Toronto Canada doing the same. In this sense, nationalizing means sovereignty. However, as we all know, the Cloud – in Internet – was designed and operates borderless. A borderless Internet – a borderless Cloud – means information and thus innovation can come from any location on Earth. It means the free flow of information to all.

As noted by Wired:

“The Internet was built without reference to international borders, and that has allowed for huge innovation,” Yahoo’s Mawakana says. “But how does it function when countries try to pin the cloud to the ground? What if Indonesia pins, Brussels pins, and Brazil pins? Will companies invest equally across the world?”

A borderless Internet and by extension borderless Cloud Computing, means the democratization of information, resources and digital infrastructures.

On the other hand, a bordered Internet means sovereignty. While some might think a bordered Cloud is a good thing, the overall consequences of a bordered and controlled Cloud are far reaching. Think about it for a moment.

A bordered Cloud means all national stored data would be stored within that nation. If you are a US citizen, all your Cloud based data would be stored and more importantly, only accessible, within the United States. If you are a business traveler, this is a major concern. Without the ability to access your critical business data when traveling overseas for a meeting, you’re going to have problems.

Another issue of greater importance comes into play here. With bordered Clouds, the idea of a “splinternet” comes into play. As the name sounds, the splinternet would be an unconnected network of Clouds and Internets that never communicate with one another. Instead of the ultra connected Internet based world we have now, the splinternet would change the global model from global connection to global lock out.

Again, as noted by Wired:

“To most people familiar with Internet protocols, this sounds crazy. Google’s Drummond refers to the result—dozens of independent Internets that don’t com­municate with one another—as “splinternets.” “It’s not realistic and very short­sighted,” LinkedIn’s Rottenberg says. “How is that even implemented? If I’m a Brazilian resident and I’m traveling, I can’t get my data?”

“It’s not just developing economies that are considering this route. In Germany, where the NSA bugged the phone of chancellor Angela Merkel, there is talk of a similar scheme, called Schengen routing. Renè Obermann, chief executive of Teutonic giant Deutsche Telecom, seemed to endorse the principle at a European cybersecurity conference. In the pre-Snowden world, such a proposal would have been hooted down. But now Obermann was speaking to an audience that was all but armed with pitchforks, ready to storm the listening posts of American spooks.”

This is the true impact of Edward Snowden, the NSA and corporate snooping. Due to recent revelations, consumers and officials are spooked. Spooked enough to entertain the idea of a global splinternet. As everyone in the Cloud industry knows, a splinternet would fully upend how we currently think and understand the Internet. More importantly, it would break down the digital ties that fuel the global economy.

While we can’t say we control what happens, here at Quotecolo.com, we are rooting for a free Internet and a borderless Cloud.