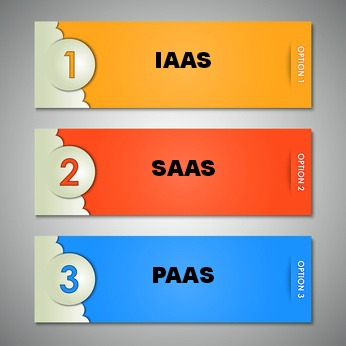 QuoteColo’s primary focus is on colocation hosting, dedicated servers, managed web hosting, and cloud hosting. We wanted to take the time now to begin our “Foundations of the Cloud” series with the first building block of Cloud Computing, IAAS.

For those of you who already know, there are three major foundations of Cloud Computing. One is SaaS (Software-as-a-Service), one if PaaS (Platform-as-a-Service) and one is IAAS (Infrastructure-as-a-Service). Whereas SaaS and PaaS both offer software solutions or the ability to build software/app platforms via the Cloud, IAAS is the physical building block of the Cloud. Sometimes called HaaS (Hardware-as-a-Service), IAAS is when an IAAS provider supplies storage, ram, bandwidth, CPU (basic web hosting computer resources) and networking solutions to consumers through a lease program. IAAS providers own all of the hardware needed for Cloud solutions and consumers lease said hardware via an on-demand (pay for what you need, when you need it) system.

Beyond the basic leasing of IAAS resources – Cloud hardware – leasing customers of IAAS providers have the ability to fully provision Cloud infrastructure via a cogent web-interface which acts as a Cloud management console for the entire IAAS offering. In certain cases depending on the IAAS provider, an API might be offered to better control the Cloud environment.

What to Look for in with an IAAS Provider?

As stated, IAAS providers like Rackspace, SoftLayer, Joyent, Google, Amazon, and Microsoft, all provide the ability to lease out hardware needed for a Cloud deployment. However with major names now serving as IAAS Providers, how should you pick one over the other? This is where picking a provider becomes a bit technical.

To know the difference between operating IAAS providers, you need to understand resources and the needs that go into provisioning each of your Cloud environments (environments can also be called VM’s, servers or instances).  For example, how much RAM and disk space do you need for each VM? Do you know? Will 4.50 GB of RAM mixed with 1 TB of Disk Space satisfy your need? Do you need more? When it comes to operating systems (Linux and Windows), do you want a 64-bit OS or a 32-bit OS? Another issue to consider: Bandwidth needs. As the CFO or the COO of a t-shirt production company, do you know how much bandwidth you’re going to need on a monthly basis to keep your server up and running smoothly? Do you know about the overage costs?

More issues to consider when looking for an IAAS provider: provider scalability, provider networking and storage abilities and provider application capabilities. Remember you are also going to need to look into database services like MySQL and how much computer resources they need.

The Pay As You Go Model

Beyond the physical resources of IAAS providers, the one major determining factor for the vast majority of the market is going to be found in the pay as you go provisioning of IAAS. While most consumers look at the ability of SaaS providers, PaaS providers and IAAS providers to provide pay as you go Cloud services as a benefit, before investing in said services, it would be wise to understand the totality of pay as you go. This is to say, the more and more provisioning you need, the more money you spend. At the end of the day, if you continue to shell out with higher resources, it might make sense to take a step back and look at a more dedicated hosting solution in which the resources are already deployed and available for use.

We aren’t saying the IAAS, SaaS, PaaS models of scalability and pay as you go are bad – they aren’t. We are simply saying the stated models, in the long haul, might end up being more expensive than other dedicated hosting solutions.