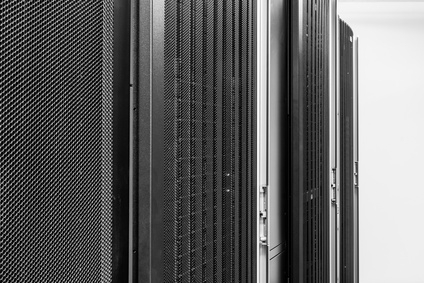 If you’re currently looking at data centers in hopes of finding the best possible one to meet your hosting needs, you’ve probably run into a few references to “tiers.” There are four in total. These tiers refer to a certain level of performance as judged by the Uptime Institute. Below, we’ll discuss each of these tiers in detail.

Tier I is also referred to as “Basic Capacity.” This type of data center features:

The next step up is Tier II, which is also referred to as “Redundant Capacity Components.” At this level, you benefit from cooling equipment and redundant critical power, which provide a greater margin of protection against potential IT process disruptions that could occur if the technological infrastructure suffered for some reason. These also offer select maintenance opportunities.

This tier is called “Concurrently Maintainable.” It’s distinguished by the fact that it doesn’t need any shutdowns in order for its equipment to be replaced or maintained. A redundant delivery path for cooling and power is also included with the redundant critical components of this tier. That way, any of the components required to support its IT processing environments can be shut down and put through maintenance without negatively impacting overall operations.

The name of this tier is “Fault Tolerance” and denotes infrastructures that built on Tier III by adding measures to put a stop to equipment failures and disruptions before they’re able to affect any further IT operations.

Although the Uptime Institute uses the above tier system, it also recognizes that data centers are inherently customizable. The actual company that owns it may decide on all kinds of different features and even give their clients the option to customize their server space even more.

This is why you’ll notice that the tier system is a general one. It doesn’t prescribe specific tools or other technological assets. The other reason for this is that the market surrounding these products is a dynamic one, so getting too specific would lend the tier system to becoming outdated too quickly. No vendors are ever mentioned, either, for much the same reason.

Speaking of changes regarding the tier standard system, the Uptime Institute did remove a reference to “expected downtime per year” back in 2009. You’ll now notice that there is no longer any prediction about tier levels featured.

The main reason for this is that, as the industry grew, operations behaviors began having a larger impact on site availability, even more so than was being seen from physical infrastructure.

Performance is the sole judging criteria for meeting the aforementioned tier levels. The Uptime Institute doesn’t use some kind of checklist.

Now that you better understand the Tier Standard System, you should feel much more confident about using it to pick a data center for your company. Just remember that data centers will cost more as they go up in tiers, but even a Tier I facility is going to be a great option.