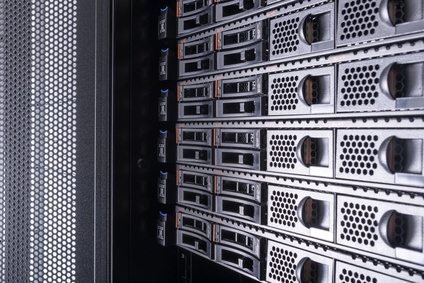 TierPoint is one of the biggest names in the world of data centers, so when word spread that their Boston location had a new landlord, people paid attention. If you have been wondering about who bought the property, keep reading because we’ll answer that question and much more, including potential plans TierPoint may have for the future.

The New Landlord Is…

Lincoln Rackhouse acquired the colocation data center. While the building is home to offices, too, roughly 70% of its leases are held by data center tenants. TierPoint is obviously one of them (based on their own site), but a spokesperson for the property declined to name who the other tenants were.

The new landlord is a division of Lincoln Property Company, a real estate firm that’s based out of Dallas.

We already mentioned the potential for tenants to work in the building. It’s also worth noting that it’s 130,000 square feet. The building has a critical power capacity of well over 10MW, too.

The Benefits of a Data Center in Boston

Many of you probably know that Boston is a huge tech hub – the biggest in the East and one of the top five in the entire country. Therefore, it should come as no surprise that having a data center in Beantown comes with a number of advantages.

One of the biggest ones is the city’s diverse fiber network, which, obviously, is going to be very helpful for a colocation company. A number of long-haul fiber routes are all available to TierPoint’s location. Of course, its address is also near telco offices and other data centers.

No one knows for sure how much of the building is leased by TierPoint. 40,000 square feet of it is raised floor. That leaves 90,000 square feet, but no one knows if that’s being occupied by other tenants or if TierPoint has ambitions to expand significantly.

This wouldn’t come as too much of a shock to those who pay attention to this industry. TierPoint isn’t even a decade old, but it has been noteworthy for how quickly it has begun claiming large swaths of the market for itself. Originally, the company was Cequel Data. However, it went on to acquire TierPoint in 2012, so right from the beginning, this organization has been an ambitious one.

Therefore, it makes sense that TierPoint would take its recent successes and leverage them toward even greater growth. This becomes especially likely, though when you know that Lincoln Property Company now owns their building and may soon – if they’re not already – support these growth efforts.

Of course, TierPoint has also been notable for growing through acquisition, so this type of cooperation wouldn’t necessarily match their modus operandi, but it’s far from impossible. Boston is a strong secondary market, meaning there are plenty of companies in the area that would be easy enough for TierPoint to buy.

What does the future hold for TierPoint? We’ve tried shedding some light on potential scenarios here, but, of course, only the executives of that company really know. That being said, Lincoln Property Company definitely owns the Boston building they have their data center in, which is certainly an interesting development.