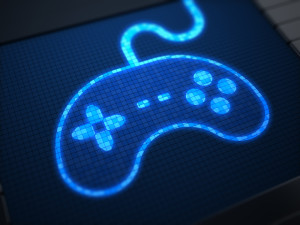 Few things are as fun or exciting as competing against other players in online battles. Whether you are playing on one of the new consoles, such as a PS4 or an Xbox One, or you are a PC gamer, multiplayer action titles can provide countless hours of enjoyment. However, the experience sometimes tends to suffer.

When a game does not make use of dedicated servers, it often means that the stress on the server from other users can affect the quality of the gameplay. It can cause lag spikes, slow connections, dropped connections, and more. This is true even when the player has a fast connection. If the servers are not up to par, then everyone will suffer.

Having dedicated servers can make a huge difference. Microsoft announced last year that they would make dedicated servers available to all developers in an effort to make the gaming experience as good as possible on their system. Many companies are following suit, realizing just how important it is. After all, if the player experience suffers, they will not continue to play, and they may not support the developer and publisher’s subsequent titles. That’s the last thing they want to happen.

The following are five of the best current games and most anticipated future action games that will make use of dedicated servers. Some of these are old favorites and others are new properties. Let’s look at just why these games need to have dedicated servers.

Most people who love video games know the name Halo. It’s one of the most successful franchises in gaming history, and the character of Master Chief is now an icon with almost as much recognition as Mario or Pac-Man. Multiplayer has always been a huge component of the Halo games, and they are attributed with helping to make current multiplayer shooters what they are today.

With the upcoming release of The Master Chief Collection on November 11, which contains all of the main Halo games, including all of the multiplayer maps, there’s simply no way it would work unless they had dedicated servers. Players rejoiced when they found out that Halo would indeed use them, as they knew this would improve their experience.

GTA, or Grand Theft Auto, has been making multiplayer a bigger part of their franchise in recent installments. GTA V, which came out in 2013, and which has a rerelease for the new gen consoles on November 18, has a large and robust multiplayer component to it. When the game launched on the older consoles, it had quite a bit of trouble running properly. With the power of the new systems, as well as dedicated servers, then it should be much easier to have better quality games without all of the lag and stuttering that caused issues last year.

Far Cry is another series that’s really starting to develop a large multiplayer component, although the single player campaign is still the focus for most people. While this action shooter doesn’t have quite the recognition of GTA or Halo, it will likely sell quite briskly. This means a lot of players putting stress on those servers. The newest installment of the series drops on November 18 as well, and this has several different multiplayer options. It has a cooperative mode, where players try to complete missions together. It also has a PvP aspect to it, which is where the dedicated servers will really shine.

This is the newest game of the bunch. Evolve is an asymmetric shooter with four players taking on the role of hunters and one player taking on the role of a large monster. Getting rid of lag is essential for the success of this game, and they will be using dedicated servers for the job. They also released an early alpha on PS4, Xbox One, and PC over the Halloween weekend to test the capacity of their servers and see where they needed to improve.