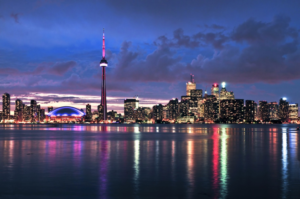 California’s Silicon Valley is home to some of the world’s largest and best known technology firms. It’s long been the center for innovation and technological evolution in North America, but it has its rivals. One upcoming city is Toronto, Ontario, in Canada. In fact, the Toronto-Waterloo corridor is poised to become Canada’s own Silicon Valley.

The question of why Toronto might eventually grow into Canada’s own Silicon Valley is an important one to answer. There are plenty of other centers of high-tech activity and job growth throughout the nation. Take a look at Vancouver, for instance, or Montreal. However, the corridor between Toronto and Waterloo seems to show the most promise. There are actually quite a few reasons, including the following:

Of course, it takes more than just the right concentration of people and resources to foster growth, innovation and development. It takes vision and dedication. Those are both things that Toronto’s mayor has. 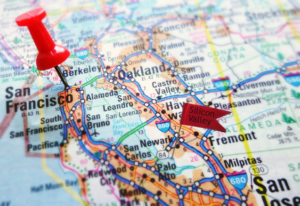 It’s important to note here that there is more than just a passing possibility that the Toronto-Waterloo corridor will develop as hoped. It’s being actively engineered by Toronto’s Mayor John Tory, as well as the mayors of neighboring Kitchener, Waterloo and Cambridge. All four mayors paid a visit to California’s Silicon Valley in early 2016 for the express purpose of forging closer ties, seeing how things are done (and are not done), as well as encouraging those businesses to give Canada a closer look. It was also designed to call the attention of Canadian firms currently relocating or sending capital to California back home.

In an interview with IT World Canada, Mayor Tory said, “Talent that’s gone down there, got that experience and can come back and bring some experience in scaling up here, those are the people that we’ll be trying to attract to come up first.”

It was also something of a promotional trip to help brand the region better both nationally and internationally. “The assumption we have that everyone knows everything that is happening here in Toronto is a false one,” the mayor added. “You can’t count on people coming here to get a full sense of what’s happening, so you have to go there to tell them. You don’t want it to sound like a trip where we’re handing out balloons, but we’re going to tell a story.”

There are plenty of other reasons for what may now be an inevitability. For example, Waterloo, on the other end of the corridor from Toronto, has over 1,000 new business ventures, which puts it second only in the world to California’s Silicon Valley in terms of startup density. The city also ranks as the 25th best place in the world in terms of startup ecosystems. And then there’s the fact that Waterloo is already known to those in the tech world – it’s the birthplace of BlackBerry. While the company might be a ghost of its former self today, that experience counts.

Both Toronto and Waterloo have governments that actively support startup businesses, as well. That includes pretty much all industries, but they’re particularly interested in helping technology startups get off the ground. Support comes from government grants, as well as the Ontario Entrepreneurs in Residence program, and the $25 million that Waterloo just committed to the Communitech project, too.

Finally, there’s the $800 million the Canadian government is trying to budget for “innovation cluster” funding in Ontario and other areas. While it has been met with both praise and concern, the funding will likely find its way to these areas, eventually.

Challenges Standing in the Way

Let’s not get ahead of ourselves here, though. The corridor becoming the Silicon Valley of the North is not an inevitability. There’s still work to be done. One glaring example is that highway 401 is the only main artery serving the corridor, which would not be a sustainable solution should any growth occur. It’s already overtaxed as it is. There is no rail service. Many experts point out that rail is a must for the type of growth Toronto and Waterloo want to see happen. There are plans in the works to institute an all-day GO train service, or possibly a high-speed rail system to connect the two ends of the corridor, but nothing concrete has been done as yet.

When everything is said and done, it seems clear that, at some point, the Toronto-Waterloo corridor will emerge as a leading center of technological innovation and development. The only real question is how long it will take to attract the talent needed, and how much government intervention and subsidies might muddy the waters. From a purely capitalist perspective, it would seem that in order to mimic the growth of Silicon Valley, the corridor would need to foster an environment of competitiveness and free thinking. However, the fact remains that taxpayer funding can definitely pave the way and (hopefully) speed the process along.