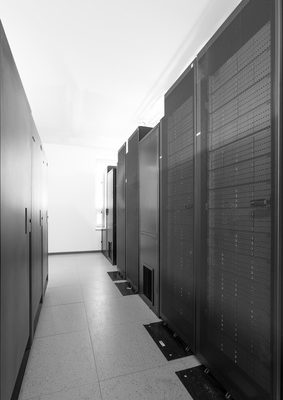 The world of cloud hosting and management continues to evolve at an unprecedented pace. Few technologies in modern times have seen this kind of growth. The cloud was introduced to the public and almost immediately became mainstream. Almost immediately, it began evolving in every direction.

At the forefront of this evolution is the demand for advanced cloud management. The two companies battling it out for supremacy are OpenStack and CloudStack. They both came about because of the vital role cloud computing has begun playing in organizations all over the world. Now, these companies want cloud-layer management that is able to handle various workloads.

With that in mind, let’s now take a look at the battle between CloudStack and OpenStack.

CloudStack is an incredibly popular open-source cloud management software that was made to create, control and deploy a large number of cloud services. It does this while running on hypervisors. Common examples include:

Furthermore, if its latest release is anything to go by, CloudStack has absolutely no plans for easing off the pedal. Just a single VM is used to run the CloudStack Management Server and only one more to support the actual cloud infrastructure. This leads to an extremely smooth deployment that could realistically be done with just one host.

Although countless companies all over the world use CloudStack, one very notable customer is DataPipe, which began using it for cloud management purposes because of its scale storage capabilities, paused VMs, additional savings and much more.

Other impressive names on their list of clients include Citrix, Shopzilla, CloudOps, SunGard Availability Services and WebMD Health.

In the other corner, we have OpenStack, a company that is also immensely popular. It consists of numerous interrelated stack-based projects that all tie into one main interface you use for management purposes.

One thing that seems to draw many people to OpenStack over CloudStack is that it’s the more “mature” of the two competitors. This is no doubt aided by the fact that it’s not just used by more than 150 household names, but that these companies are actually active participants in its development. We’re talking about companies like:

At the moment, most would agree that OpenStack is at the head of the pack where cloud platform management is concerned and with momentum from the aforementioned companies and plenty more, it’s hard to see that changing anytime soon.

That’s not to say there haven’t been some challenges regarding deployment and technical aspects. Nonetheless, its latest release came out with more than 340 new features. Improved agility, new storage policies and a better data processing service are just a few examples.

We can’t leave out its backers, either. On top of its legion of impressive customers, OpenStack has been backed by Rackspace and none other than NASA since the beginning.

The fight for market share in the cloud management industry will continue to rage on. While other competitors continue to enter the race, the two biggest names are still OpenStack and CloudStack. Whoever ultimately ends up winning, the good news is that the consumers will definitely be victorious.