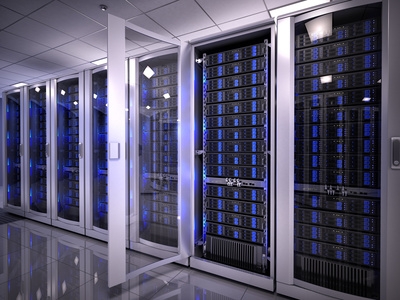 Have you been watching all of the news regarding the value of Bitcoin lately? It nearly hit the $20,000 mark in December of 2017, and people are clamoring for Bitcoin, wishing that they had started investing in the cryptocurrency years ago. They worry that they are not going to be able to afford to buy a Bitcoin if they don’t act soon. Fortunately, you do not have to buy a Bitcoin. Instead, you could get started with an ASIC Bitcoin miner and start to mine the coins on your own. However, you have to make sure it will be worth your while to invest in one of these miners now.

You must remember that ASIC mining is going to be an investment on your part in a number of ways. First, you have to think about the cost of the machine itself. You always need to make sure you are investing in only the best quality, newest machines on the market. This is because the mining rigs that are several years old are not going to be powerful or efficient, and that means you are not going to be making the profit that you want and need. In fact, with some of the older machines, it might not be possible to make a profit at all.

You need to have one of the newer ASIC bitcoin miners from the last year or so, and they tend to be costly, even when you find them used. Expect to spend several thousand dollars on a quality Bitcoin miner, but make sure you buy wisely. You need a miner that is both powerful and efficient.

How will you know if it is worth it? While it is true that the value of Bitcoin can rise and fall, and there is no sure thing when it comes to any type of investment, you can use Bitcoin mining calculators to get an idea of just how long it will likely take you to break even on your investment.

Keep in mind that you have to consider more than just the cost of the mining tool. You also have to factor in just how much it will cost for the energy usage. If you are considering setting up the mining rig at your home, consider the cost of electricity in your area. To help you maximize your profit, you will want to make sure you are spending the least amount possible for electricity. In some cases, you might find that it is cheaper to have the mining rig hosted offsite at a Bitcoin colocation hosting facility even if it is in another site.

Those who have the money available to invest in a quality machine, and who are willing to use some of their profits to continue buying the best quality machines could find that working with an ASIC bitcoin miner could be to their advantage. However, that does not mean that mining is suitable for everyone. Let’s look at the benefits and the risks.

The Benefits of an ASIC Bitcoin Miner

First, the technology that is available today does make it relatively simple to get into Bitcoin mining. Since you can have a colocation center take care of many of the setup needs, along with monitoring and security, it is a very low maintenance project. Even if you were to set it up at home, once you have everything up and running, it does not take too much time to maintain. The device takes care of the calculations, and you simply track how much Bitcoin you have earned over time.

The ASIC miners are a much better option than some of the other choices though. In the past, CPU, GPU, and USB miners were common place. However, because of their lack of power and speed, and the fact that they take up too much power, they are not a viable solution for Bitcoin mining. Only the ASIC machines will allow you to make a profit with Bitcoin.

What Are the Risks?

While there are some great reasons to consider using this technology, you also need to consider some of the risks that are there, as well. For example, it is not a certainty that you are going to make a profit. Those who have slow running machines may not make a profit. If the value of Bitcoin were to drop, it would take longer to earn out the cost of the machine. While the system itself seems stable, it is important to remember that it is still new. There is always the potential for regulations to change how business is done and that could affect your ability to make money mining. In addition, as more and more people start to get into Bitcoin mining, it is changing the landscape from just a few years ago.

Why Is It More Difficult to Make Money Bitcoin Mining Today?

In the past Bitcoin mining was easier than it is today, and that is mainly because there are more people mining and the competition is higher. Therefore, you need to make sure that you are using only the best quality machines for mining in order to stand up to the competition.

Should You Just Buy Bitcoin?

One of the questions often asked by those who are considering investing in an ASIC Bitcoin miner is whether it would just be simpler to buy a Bitcoin. In the past, when the Bitcoins were $500 to $1,000 apiece, that might have been a viable solution for many people. However, today, those coins are far more expensive – more than $14,000 at the time of this writing. It is difficult for many people to buy the coins, even if they have the potential to continue going up in value.

However, with an ASIC Bitcoin miner hosting, which can be purchased for a fraction of the cost, it makes it feasible for those with a smaller amount of investment money to start earning Bitcoins and to keep on earning after they’ve reached a single Bitcoin.