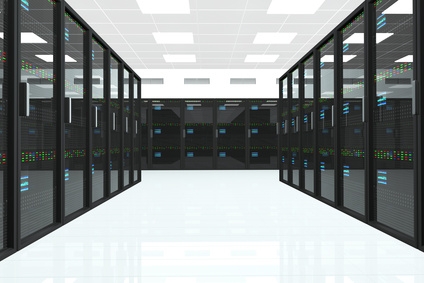 Energy demand keeps increasing around the world, but a new way of operating cooling systems can lower not only the demand for energy but also the price of it. This entails using both Internet of Things (IoT) data and machine learning.

Commercial Buildings and Their Energy Use

About 40% of energy use worldwide comes from commercial buildings, making them one of the biggest users of energy. Making matters worse is the fact that by the middle of the century energy use for these buildings is expected to grow by 50%. This is equivalent to the combined amount of energy India and Russia use today.

The only thing that can prevent this is increased energy efficiency. The demand for which is being driven by both the growing pressure around the world for more sustainable energy consumption and increased prices for electricity in many places.

When it comes to energy use in buildings, the big culprit is heating, ventilation and air-conditioning (HVAC) systems. They are responsible for a staggering 40-70% of energy use. According to the International Energy Agency, the demand for cooling alone in buildings will increase by 300% between 2010 and the middle of the century. This means that, to reduce demand for energy, new methods for increasing the efficiency of HVAC systems must be developed. Such methods will not only reduce energy consumption in buildings but also will result in lower energy costs and smaller carbon footprints.

International researchers have been developing a unique means for running an HVAC system in a building. During the course of 4 years, they used IoT data and machine learning to operate HVAC systems in 3 commercial buildings in Hong Kong that were of a significant size.

In one of these buildings — a 27-story office complex named Two Pacific Place — they attempted to predict the coefficient of performance (COP) of HVAC chillers and air conditioning units, which is a way of describing energy efficiency in such buildings. They afterward demonstrated that by using these predictions to determine how to operate HVAC chillers in this building they could reduce both energy consumption and its price by a whopping 30%.

In June of last year, the researchers published the results of this study in a paper that was presented at the Association for Computing Machinery (ACM) International Conference on Future Energy Systems in Germany, which is also known as ACM e-Energy and which has a reputation for being highly competitive in terms of what papers they accept. Their paper won the conference’s Best Paper Award, which demonstrates just how much interest there is on this subject and how this research has the potential to significantly increase energy sustainability in commercial buildings.

How Pre-Cooling Can Reduce the Consumption of Energy

Prior to completing the project at Two Pacific Place, the same researchers worked in coordination with the city council of Townsville to create a methodology for using pre-cooling to decrease energy demand and costs of HVAC systems in commercial buildings during peak periods of use.

They built what they called a thermal model, which utilized both machine learning and IoT data to determine the course of building temperatures, while considering the factors of building occupancy and weather. With this they were able to demonstrate that pre-cooling a building in a systematic way prior to an increase in building occupancy could reduce both energy consumption and carbon footprints by as much as 30%.

In May of 2017, the researchers published the results of this study in a paper and presented it at the ACM e-Energy Conference, which took place in Hong Kong.

Deploying These Systems in the Real World

Surprisingly, deploying the systems developed in these studies in real-world situations would not require much in terms of capital. This is because building management systems in use today already provide most of the IoT data necessary. This means that there is no impediment to lowering energy consumption and their costs in commercial buildings as well as their associated carbon footprints.

← Using Machine Learning to Build Broadway Ticket Databases ← AWS Instances Affect Your Bottom Line Here’s How
Manage Cookie Consent
To provide the best experiences, we use technologies like cookies to store and/or access device information. Consenting to these technologies will allow us to process data such as browsing behavior or unique IDs on this site. Not consenting or withdrawing consent, may adversely affect certain features and functions.
Manage options Manage services Manage vendors Read more about these purposes
View preferences
{title} {title} {title}