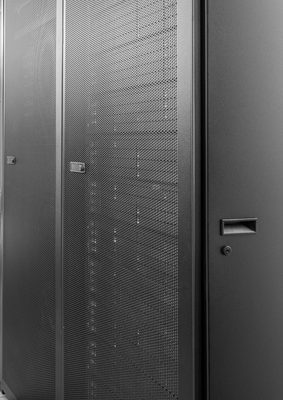 Data centers come in all shapes and sizes. Some are no bigger than an office while others are absolutely massive. In this article, we’re going to show you the potential f or data centers by looking at the five largest in the world.

Servers will extend across roughly a million square feet in this $1.13 billion facility. At the moment, though, it’s still being built, but it should be finished within the next few years.

Coming in at the fourth spot on our list of the world’s five largest data centers is another one from the United States. The Utah Data Centre is 1.5 million square feet and can be found in Camp Williams not far from Bluffdale, Utah.

It’s only a few years old and cost more than $1.5 billion to construct. At that time, it was estimated to have a storage capacity of somewhere between 3 and 12 exabytes, though that could actually be increased in the future.

Adding to the costs was that during the building of the Utah Data Centre, this 65 MW facility kept causing power surges, enough that more than a million dollars of damage was done to equipment over a 13-month period.

1.6 million square feet of land in Virginia is covered by the DuPont Fabros Technology data center. It’s actually made up of six different buildings. Altogether, there are almost 30 computer rooms. That’s enough capacity to accommodate more than 10.5 thousand servers.

With the addition of the ACC7 building in September of 2014, the DuPont Fabros Technology data center added another 450,000 square feet of commercial space and 41.6 MW of power.

The data center was built with a medium voltage electrical distribution infrastructure and a topology designed for an isolated parallel uninterruptible power supply.

Nevada claims the fourth spot for the United States on this list, and the last. The Switch SuperNAP data center covers 3.5 million square feet. Its location just outside of Las Vegas was made for the strategic purpose of avoiding natural disasters.

Even with its current size, there are plans to expand it even further by covering another 1,000 acres of land. This expansion will take it into the Tahoe Reno Industrial Centre’s land and will cost some $1 billion.

With the Switch SuperNAP, Nevada can lay claim to being the most digitally connected of all 50 states.

Of course, Range International Information Group has the advantage of the Chinese government’s full support. After decades of a booming technology industry, officials realized that even greater amounts of investment could have similarly impressive results.

To give you some idea of how big this data center is, it could fit 110 soccer fields inside of it and is several times bigger than the Pentagon.

While the data center is expected to play a huge role in further developing Langfang City as a technological hub, it will also be leveraged to support efforts in administration systems, e-government, food, smart transportation and drug safety services.

As big as these data centers are, you can expect others to join the list going forward as the need for giant facilities is only growing.