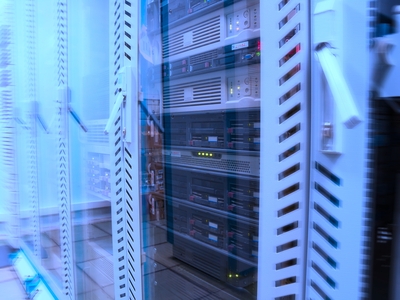 In 2019-2020, the United States government decided to put a freeze on the expansion and construction of data centers by federal agencies. While this meant that the government would not be creating any more data centers and they would not be adding to data centers that were already in existence, it did provide some opportunities for the private sector.

This was not the first time that the government wanted to reduce its expenditures with data centers and IT. It was in 2010 when the Federal Data Center Consolidation Initiative was created. The goal of the initiative was to help reduce the cost of operating data centers, improve security, and to use green solutions for IT. They also wanted to make sure that most of the data held by the government was put onto cloud-based servers. This initiative, introduced in 2011, was called Cloud First. They wanted to hit this goal by 2015. However, the goal was not met.

When 2016 arrived, the FDCCI was replaced with the Data Center Optimization Initiative (DCOI).  This new initiative required that all of the agencies in the federal government, including the Department of Defense, developed and reported on strategies for optimization.

The DCOI required that there was a freeze on the construction of data centers. It meant that agencies were unable to build a new data center, and they were not allowed to add any new infrastructure to data centers that already existed. The only way around this was with a cost-benefit analysis that needed to be approved. They also had to show proof of exploring cloud services and colocation.

The initiative also requested that the agencies started to move toward cloud services. The DCOI also required a description of data centers and the optimization requirements that the centers needed to meet. This included things like a dedicated space for IT equipment, a UPS, dedicated cooling systems or zones, and standby power.

Since the government was unable to expand on their data center or construct new ones, it opened up an opportunity for some colocation centers to profit from the fact. Some companies were able to secure government contracts, which helped those companies to increase their overall revenue.

Colocation providers that are able to get certified to be able to work with the government still have the opportunity to benefit. As mentioned, the government and all of its parts move slowly. This means that even though there is a substantial amount of technology available, they are not always willing to change quickly, even when it is mandated.