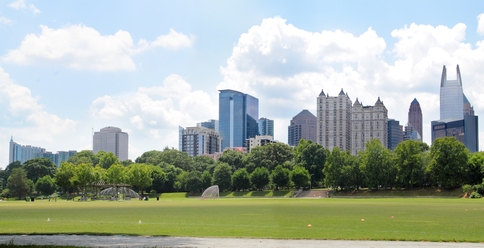 Dell Technologies, Inc., one of the largest computer companies in the world, is reportedly considering buying the remaining shares in Secureworks Corp., a cybersecurity services company. According to a report from Bloomberg, Dell is considering fully consolidating the business. Currently, Dell owns around 86% of Secureworks.

At this time, there has not been any final decision as to what will be done with the company, and there is still a chance that Dell will not buy. Interestingly, Dell was originally considering entirely selling off its stake in the company. There is also the possibility that they might go this route and simply decide to sell off the rest of their stake.

Secureworks is a company based out of Atlanta that was founded in 1998. The company is responsible for managing and outsourcing security services. They work with enterprise clients. The company was originally bought by Dell in 2011. They went public in 2016 with an initial public offering. While Dell maintains an 86% stake in the company, they have 98.4% of the voting power. This gives Dell a substantial amount of power when it comes to what happens with the company and the direction that it takes.

In addition to offering security services, the company has been building its own software. Their software is meant to detect and respond to cybersecurity threats, which are an ever-growing threat in today’s constantly connected world. They also have expanded their business with the creation of analytics software. The company currently has around 4,400 customers around the world. They have worked with large Fortune 100 companies, as well as mid-sized businesses in a host of different industries.

What Is Dell Doing?

While we don’t know exactly what is going to happen with the rumored purchase, Dell has been working on reorganizing its portfolio over the past couple of years. It was in late 2019 that Dell looked into selling a subsidiary of theirs called RSA Security. The deal to sell RSA Security has the potential to bring in more than a billion dollars to Dell.

It was in 2018 that Dell listed its shares of Secureworks on the public market, but if the new information from Bloomberg proves to be true, they might not be selling. Instead, they could buy the company entirely and then figure out how to consolidate it into the rest of their business. At this time, it is unknown exactly which option Dell will be taking, but it will be interesting to follow the story.

Many feel that it is time that Dell finally finished their reorganizing phase. They believe that it will be better for customers and investors if Dell has a finalized portfolio that will be able to show their capabilities. It could also allow them to better determine what they want to do going forward, so they can head into the future with a clearer trajectory.

According to Bloomberg, no one at either Dell or Secureworks commented on the rumors.